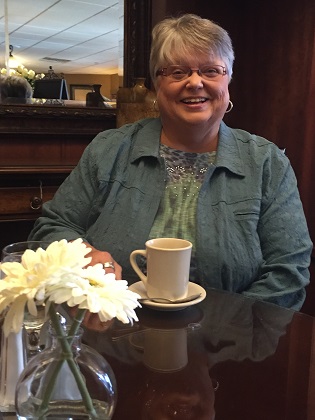 Mary Grace Murphy grew up among the beautiful rolling hills of Southwest Wisconsin and moved to the woodsy Northeastern part of the state on the captivating shores of Green Bay where a teaching job awaited.

After a wonderful thirty plus years in a middle school classroom, MG finally took pen to paper (or fingers to keyboard) and did what she had dreamed of doing since childhood—wrote a book.

The topic was easy—food, another constant theme in her life since the beginning. Family lore has it that Mary Grace’s grandpa gave her a lick of his ice cream cone when she was six weeks old. After that taste, her head stretched and tongue came out as she reached for more. (Ice cream is still MG’s favorite food.)

Widowed since 2002 and without a dog since 2010, Mary Grace loves to spend time reading books and magazines about food, watching TV and movies about food, collecting and revising recipes, cooking, and of course, eating!