Nell Bailey has always suspected food would be the death of her, but never did she consider 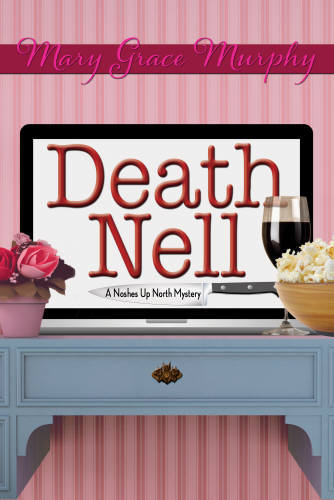 her relationship with tempting treats would cause her to be a target for murder.

After writing an extremely negative review of “Sam’s Slam” and posting it on her blog “Noshes Up North,” a follower takes issue with her comments and won’t let it go. The cyber bullying continues culminating in a gruesome murder.

A fellow foodie, coincidentally also named Nell, has been slain in a most heinous manner. Could it be a case of mistaken identity and she was the intended victim?

As Nell wonders how to deal with the situation, her lifetime battle with weight and self image give her no relief. She finds herself relying on her group of good friends for advice and support. Then she gets help from an unexpected source – Sam, the owner of the restaurant she had torn to shreds in her review.

As sparks start to ignite between them, a chilling question rears its ugly head in the back of Nell’s mind. Could Sam possibly be the killer? And does he want her dead?

The main character, Nell, is what made this book fun for me. Recently retired, widowed and obsessed with food, she is at a turning point. While trying to figure out her new life, she finds herself in the middle of a murder mystery and a new romance.

I feel the strength of the story is getting to know Nell who is funny, intelligent and vulnerable. Her struggles with food are told in an honest way I have not read in other fiction. She also is trying to decide whether to get romantically involved again. Her rational self says no but her heart is tempted.

This story needs a sequel because I want to know more about Nell.
~ Amazon Review by Denise 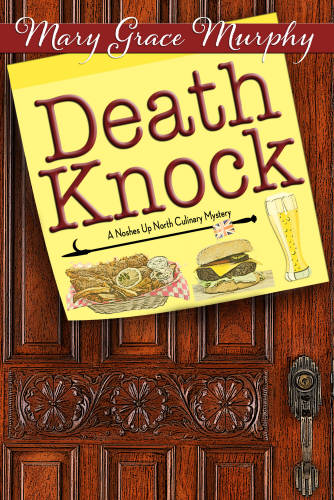 restaurant reviewer. Her passion for food is good for the job, but plays havoc on her hips. As she tries to keep her life in balance, she learns that the new man in her life has a questionable past. Adding to her distress, there’s a murder at Nell’s new favorite local pub. She makes a disturbing discovery while investigating with her “partner in crime”, Elena. Could one of their old friends be a murderer?

People are dying in the pleasant community of Bayshore, Wisconsin. The police 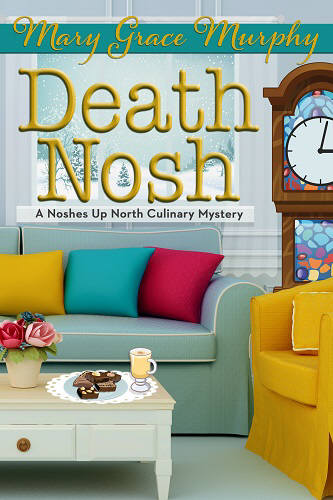 think it’s the normal passing of senior citizens. But Nell Bailey, food blogger and restaurant reviewer, has a different opinion.

Someone is sneaking into houses, committing murders, and escaping without a trace. How can Nell convince the police chief to take her theory seriously?

Surrounded by mouthwatering meals, Nell struggles with her weight as she visits restaurants, and blogs about their delectable dishes. She strives to conquer her stress-eating as the death count rises.

To further complicate her life, Sam, her gentleman friend, isn’t acting very gentlemanly. His plans for the two of them don’t include Nell investigating any more murders. Can she hold her own against two men, Sam Ryan and Chief Vance, who are so accustomed to doing things their way?

“You can always count on Mary Grace Murphy turning out an excellent mystery, but she surpasses herself with her latest book, Death Nosh. She goes about assembling all the ingredients in this who-done-it by making us care about her characters, her dogs, and her mouth-watering recipes. To make sure we’re hooked, she employs the clever device of her murderer talking to us in a first person point of view, making us eager to learn who he or she is. You won’t be able to stop reading.”
~Jean Thomas, Award-winning Author of Too Good To Be True”

In this third volume of Mary Grace Murphy’s Noshes up North Culinary series, widowed Nell is once again involved in murder. However, her sleuthing skills are right on target (even if more than a little suspect themselves) and get her into a whole lot of trouble. The police chief is willing to work with her…but could it be he’s interested in Nell more than her take on the murders? This fun read will keep you turning the pages.”
~Nancy Sweetland, Author of The Perfect Suspect